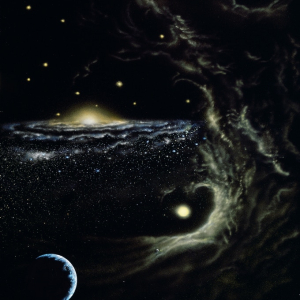 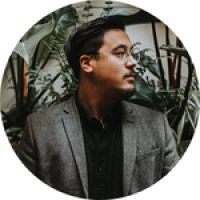 The story of the Cosmos, richly-illustrated, from before the beginning to present—13.8 billion years told 100 million years at a time. A wonderful gift for book collectors, lovers of science and science fiction, and anyone just trying to figure It all out.

In short, we want readers of the Encyclopaedia Cosmologica to be able to grok the Cosmos. The term “grok” was introduced by the science fiction writer Robert Heinlein in his book, Stranger in a Strange Land. It was a Martian word that could not be literally translated into Earth languages, but it basically means to drink up; to become one with; to know something so completely and so intuitively that you merge with it, and derive joy from the synthesis. That is our goal for you: to grok the Cosmos! 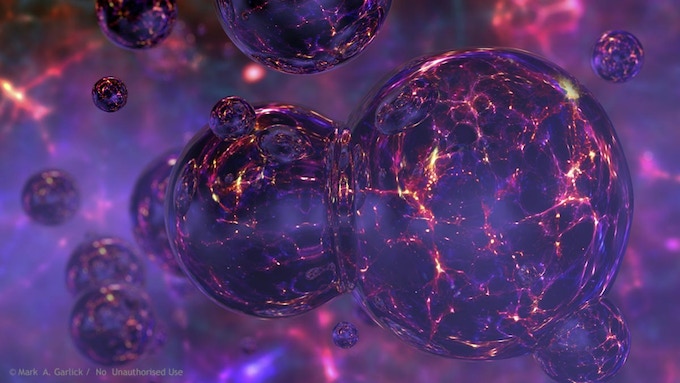 Amidst a sea of inflating spacetime, there are "bubble-like" regions within it where inflation spontaneously ends. One such region contains our universe. The transformation of inflationary energy into particles—like matter, antimatter, and radiation—signifies the end of inflation and the onset of the hot Big Bang. Our observable Universe, which today extends some 46.1 billion light-years in all directions, may have been as small as a Volkswagen Beetle at this moment. Image by Mark Garlick.

The Cosmos has always been and always will be, but the bubble of order that is our Universe has a beginning, middle, and end. Our Universe began about 13.8 billion years ago. And contrary to the “Big Bang” metaphor you’ve likely learned about, there was no explosion; no audible bang; and no flash of visible light. It was not what one typically thinks about when they hear the term “Big Bang”. From the cauldron of its creation through its rapid  expansion and cooling—the cooling that “froze” energy into the bits of matter we know as protons, neutrons and electrons—this section will detail the chain of causation from the initial emergence of order to the formation of the fundamental building blocks that comprise everything in our Universe.