Trossard and Praet on the scoresheet as Belgium hit eight 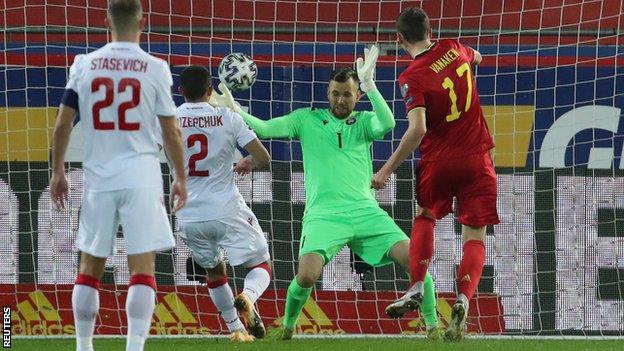 Michy Batshuayi got the first before Hans Vanaken's volley made it 2-0 to the number one team in Fifa's rankings.

Trossard's exquisite finish from 22 yards extended the lead before Jeremy Doku added the fourth before half-time.

The result lifted Belgium, with seven points from three games, to the top of Group E. 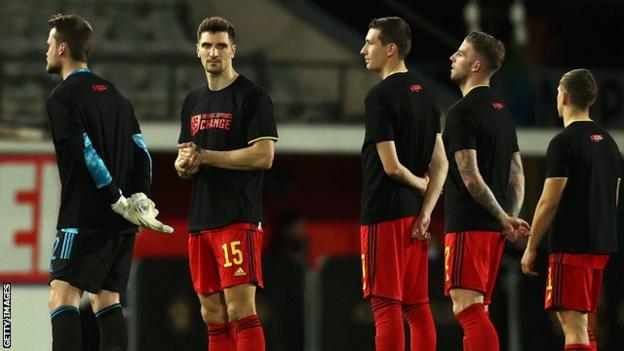 The Czech Republic had started the day at the summit but dropped to second after losing to Wales.

Belgium boss Roberto Martinez could even afford the luxury of leaving star players Kevin de Bruyne and Romelu Lukaku on the bench for his team's third match of this qualifying campaign.

They were not required as Belgium eased to victory, Martinez's side 5-0 ahead inside 50 minutes as they opened up a three-point lead at the top of the group.

Before kick-off, the Belgium team came on to the field wearing black T-shirts featuring the words "football supports change", in reference to the well-publicised plight of migrant workers in Qatar, hosts of the next World Cup.

It followed similar messages to those promoted by the Netherlands, Norway and Germany teams in the past few days. 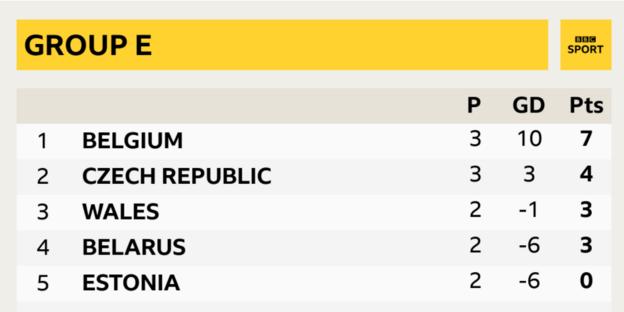